ADU’s are the swiss army knife of housing!

I first heard this analogy when we were at an ADU conference in Washington DC talking with AARP and the American Planning Association about finance options.  We were discussing the multitude of value propositions ADU’s present to the home owner and the local housing stock.  If any of you ever owned a swiss army knife, you know there’s a blade, tool or gadget in there for just about everything.  You can cut whatever needs cutting, open your beer, tighten up a loose screw, scale a fish, pluck a sliver with the tweezers and when you’re all done with the work and eating there’s a toothpick to clean your teeth and reflect on all that you’ve achieved in the day with this handy and versatile tool. 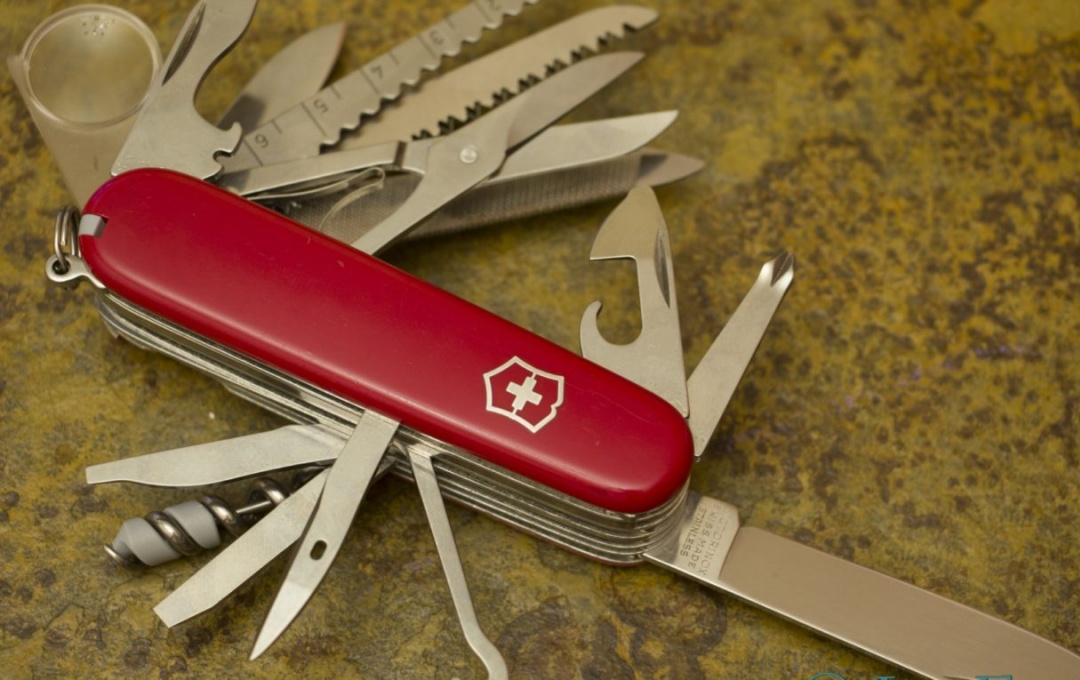 Multi use driver – This tool is what’s used to connect the ADU to the homeowners specific need. They’re great for aging parents, kids struggling to launch, income, home office and the list goes on.  All of these things are what makes them popular to the consumer and the ADU driver ensures there’s a tight connection between the user and need.

ADA can opener – The driver fits every use but sometimes we need to open up the plan to address mobility issues.  This could be something as simple as widened doors and hallways or a full set of universal design features such as no steps for entry, curb less shower with a seat,  lowered counter tops, single lever water fixtures and toggle switches to name a few.

Price cut scissors – If there’s one feature I like the best about ADU’s it has to be this.  ADU’s are the best way to add housing at a reasonable price.  No other form of housing can deliver homes that house low and moderate income people without any subsidies.  Most of our homes can be rolled into the first mortgage with a monthly cost less than 60% of the Annual Median Income (AMI).  This equates to a 40-60% savings on local rents for similar sized housing options.

Income scraper – If you build the ADU for income, you can now fold up the “price cut scissors” and pull out the income scraper to scale the proceeds off monthly.  In fact most elderly folks who build the ADU move into it and rent the main house out for even more money.  Wouldn’t you like to retire and earn 3-4 times your social security?

NIMBY friendly knife – This little but strong blade seems to cut right thru the hardest of NIMBY’s with the least amount of effort.  Of all the housing options out there that come up against this powerful force of community residents that don’t like any kind of change, ADU’s are the least contested option.  Maybe it’s because there’s a small percentage of NIMBY’s that actual have a need for an ADU.  Maybe they’ve looked at all the other housing options and figured out that ADU’s are the least noticeable when added to the community.  Some may be OK with the fact that they don’t cost the city any money.  Whatever the reason, we are seeing more communities say yes to ADU’s while they continue to say no to other solutions.

City spoon – This may look like your run of the mill foldable teaspoon but I assure you once you tap into it’s many uses you find that this is used almost as much as the knife above.  The spoon has a unique way of scooping up lots of benefits to any city willing to taste the ADU opportunity.  I can’t think of any solution out there that can roll out a large number of affordable housing without having to add any new infrastructure or allocate land (which has been all scooped up).  Since ADU’s go into the backyards of existing lots, this is a no brainer.  But once we dig a little deeper, you see that these homes also don’t require any city or state funds to create them.  The city also benefits from the fact that they are affordable and efficient by the very nature of their size so that ends up being a big fat scoop of icing on this cake.

Everybody knows someone who has or had a swiss army knife at one point in their life for good reason.  They’re very useful and a great compliment to any toolbox.  As I travel around the country discussing the value of ADU’s to homeowners and cities I can’t help but think that ADU’s are a great housing tool for any city to have in their toolbox of affordable housing solutions.  I expect to look back on this article 10 years from now and find that just about everyone I run into has or knows someone with an ADU as well.